Gayatri Chakravorty Spivak, “Can the Subaltern Speak?” (1988) “One never encounters the testimony of the women’s voice-consciousness. Such a testimony would not be ideology-transcendent or ‘fully’ subjective, of course, but […] 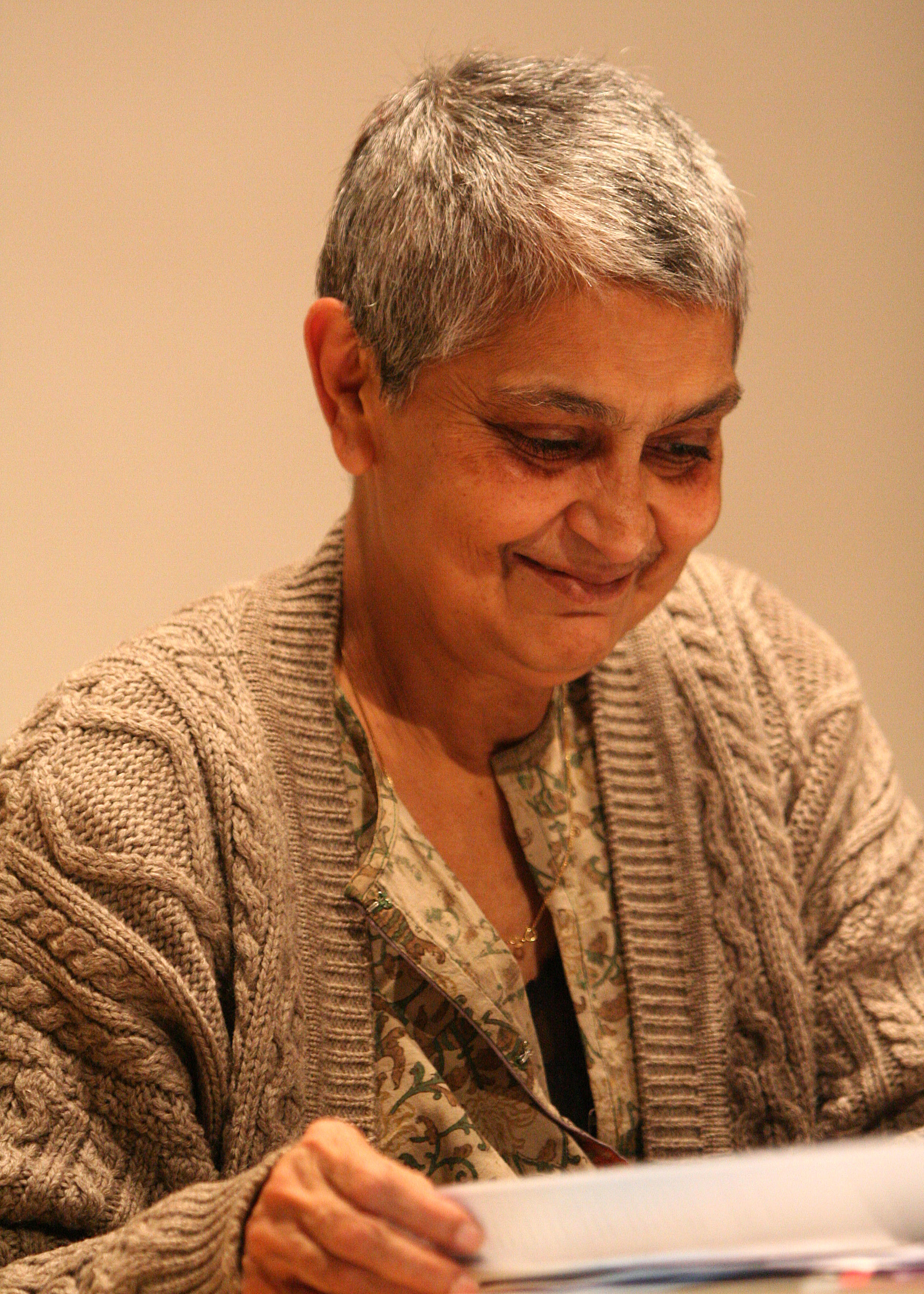 “One never encounters the testimony of the women’s voice-consciousness. Such a testimony would not be ideology-transcendent or ‘fully’ subjective, of course, but it would constitute the ingredients for producing a counter-sentence. As one goes down the grotesquely mistranscribed names of these women, the sacrificed widows, in the police reports including the records of the East India Company, one cannot put together a ‘voice’.”

Challenging the racial politics involved in banning sati, a practice in some Indian cultures where the woman widow would immolate herself at her husband’s funeral pyre, Spivak comments on how there are no accounts of this practice from the perspective of the widows. The only recordings of these events are from British colonizers and Hindu leaders, both of whom view self-immolation as oppressive to women. From here, Spivak questions whether or not the subaltern, groups that are socially or politically outside hegemonic society, can speak, for the subaltern voice is only represented by political interpretation. Performing a deconstructive analysis, Spivak examines how Foucault and others view the situation of the subaltern as a binary relationship of West (Subject) / Non-West (Other). In doing so, these theorists make it difficult to actually voice the experience of the subaltern accurately. Coining the term strategic essentialism, the temporary acceptance of an essentialist concept or position to ignite action, she reveals the difficulties surrounding feminists who work for common causes. Each woman, individually, has different agendas, and in doing so, must temporarily accept a position to act. By exposing the difficulties surrounding the subaltern experience, specifically sati, Spivak adds a post-colonial layer to the ongoing feminist movement.

As a post-structuralist feminist, like Irigaray, Cixous, Spivak and Wittig, Butler studies the discourse of identity, particularly identity as a construction rather than an innate biology. There is no universal “woman” for the post-structuralist. The Subject is a plurality of race, class, sex and so forth. In Gender Trouble, Butler challenges the sex/gender distinction through the development of gender performativity, the belief that gender is a form of acting, a maintained performance. It is a narrative that the Subject creates, which Butler demonstrates through the example of drag queens and kings. Gender, in this case, is not static, but is understood through “reference to what is barred from the signifier within the domain of corporeal legibility.” It is subversive in that it cannot be calculated and is always unpredictable. By suggesting that gender is a construction, Butler critiques the use of the terms “woman” and “female” by all individuals. She argues that a common mistake among feminists is trying to define “women” as a separate group made up of similar people, as it reinforces the binary of men / women. Instead of finding a definition for woman or female, Butler argues that feminists should, instead, study power relations within society and within the feminist movement itself.

“They do not see this representation of chocolate breasts as a sign of displaced longing for a racist past when the bodies of black women were commodity, available to anyone white who could pay the price. I look at these dark breasts and think about the representation of female bodies in black culture.”

The essay begins with bell hooks going out for dessert with some colleagues and artists. When they enter the dessert place, there is a “row of gigantic chocolate breasts complete with nipples—huge edible tits.” The experience prompts bell hooks to reflect on the feminist movement from a black woman’s perspective. The chocolate breasts are a sign of the “displaced longing for a racist past when the bodies of black women were a commodity, available to anyone white who could pay the price.” From here, bell hooks analyzes black female bodies in popular culture, from Harriet Jacobs’ Incidents in the Life of a Slave Girl, to Sarah Bartmann’s body on display for whites, to Tina Turner’s musical career. In studying the discourse, the implied meanings behind these cultural “signs,” bell hooks reveals the historical consistency of selling the sexualized, black woman’s body, for the white man’s pleasure. In this way, bell hooks suggests that there is an additional struggle for black women, who must overcome the traditional sexualization and degradation of her identity as a body for purchase and exchange.

“The representation of unrestrained appetite as inappropriate for women, the depiction of female eating as a private, transgressive act, make restriction and denial of hunger central features of the construction of femininity and set up the compensatory binge as a virtual inevitability. Such restrictions on appetite, moreover, are not merely about food intake. Rather, the social control of female hunger operates as a practical ‘discipline’ (to use Foucault‘s term) that trains female bodies in the knowledge of their limits and their possibilities. Denying oneself food becomes the central micro-practice in the education of feminine self-restraint and containment of impulse.”

In Unbearable Weight, Bordo examines the illogical, obsessive alterations to the body in contemporary culture, including plastic surgery, dieting, physical training and eating disorders. She argues that these are all manifested by cultural anxieties. Looking at these neuroses, Bordo suggests that female disorders, while previously viewed by Gilbert and Gubar as conforming to culture, are actually forms of resistance to culture. Controversial in its claim, Bordo suggests that anorexia and bulimia subvert notions of “beauty” by taking unrealistic, cultural standards to an extreme. These forms of illness become a non-symbolic form of bodily protest, making the body a text that both embodies the feminine and resists it.

Regardless of contradicting ideas and theories, all of these feminist theorists examine the deeply ingrained hegemony that exists in society and language. Whether it be a liberal, Marxist, radical, post-structuralist or queer theory approach, each of these feminists attempt to open the individual’s mind to another way of thinking—a thinking beyond ideology, the societal lessons we forgot we were taught as they are so deeply embedded in our social code. By deconstructing language, analyzing binary thinking and openly debating power structures, these theorists expose flaws found in our culturally accepted social dynamic. In this way, feminist theorists challenge prejudices and force their audience to escape ideology. While some of these texts are more complicated than others, it is this complicated thinking that leads to a practice of looking closely at human relations. So, whether or not you agree with any of these theorists, give them a read. Their work will exercise your mind, and perhaps, change the way you think.