Skip to content
How To Write Poetry: Five Pieces of Advice from E.E. Cummings
Articles

How To Write Poetry: Five Pieces of Advice from E.E. Cummings

You will seldom find poetry that slips off the tongue as well as E.E. Cummings’. Writing some of his best verse at the height of the more serious modernist movement, […]

You will seldom find poetry that slips off the tongue as well as E.E. Cummings’. Writing some of his best verse at the height of the more serious modernist movement, he defied the popular conventions of his era and created an idiosyncratic and playful poetic that has inspired all types of poets. In his introduction to his own Collected Poems, as well as e.e. cummings: A Miscellany Revised, he teaches us–in his own unique way–how to weave a poem worthy of memory and whimsy.

1. On Technique: “I am abnormally fond of precision that creates movement “ 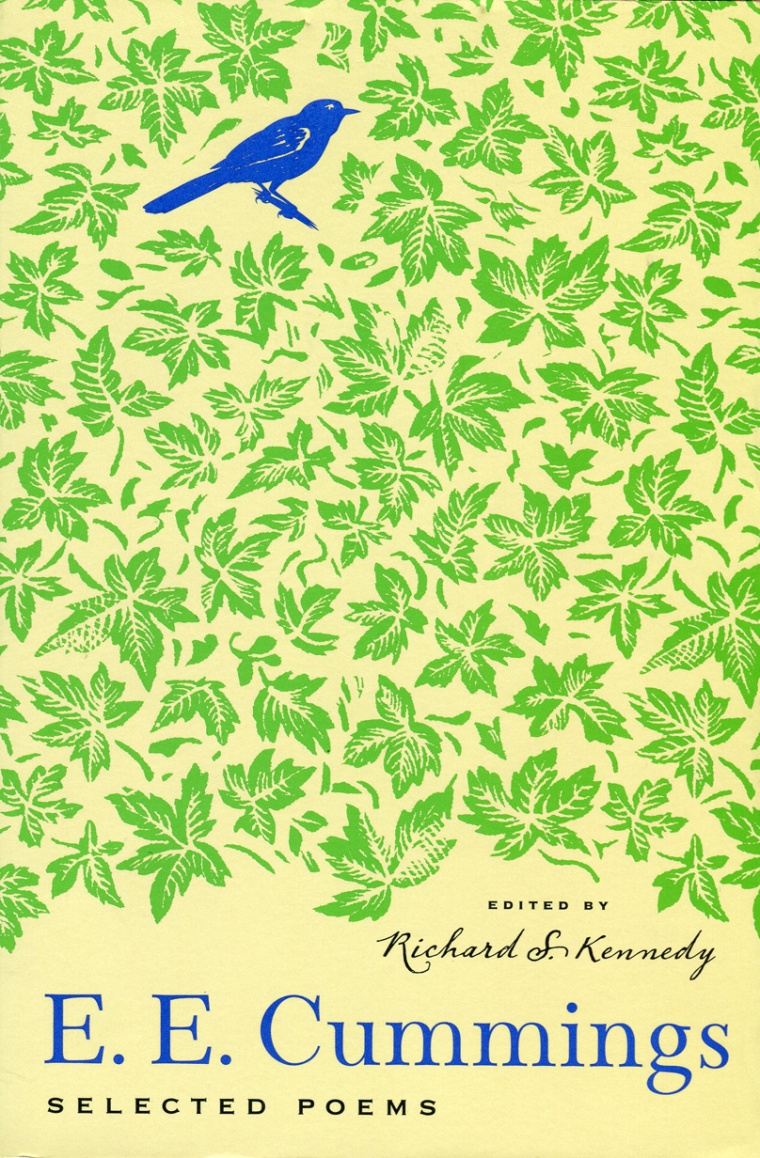 Cummings uses more than just language to enliven the scene he creates. By scattering the verse into disorderly stanzas and unexpected caesuras, his poetry is less concerned with the meaning of words, and more concerned with the action it creates in your head. Consider this section from “Chansons Innocentes”:

The lines that descend like a staircase literally create the action of picking. Not only do we see the “tumbling hair” bending down to pick each specific flower, but the way that they are picked–spontaneously and sporadically–emphasize the subject’s enthusiasm.

2. On Creating Images: “[a poet] is somebody to whom things made matter very little-somebody who is obsessed by Making.”

Cummings is aware that a poem creates an image, and that an image is, well, simply a suspended presence in your head. He would rather show how it is created, and how a combination of images can create a further impression. His poem “i thank You God for this most amazing” captures the process of experiencing spiritual pleasure, one line at a time:

i thank You God for most this amazing
day: for the leaping greenly spirits of trees
and a blue dream of sky;and for everything
which is natural which is infinite which is yes

Cummings precedes the trees and the sky with respective metaphors. Here, he connects the process of an emerging day with its beauty, demonstrating that its unravelling is more important than its maintaining. The beauty of nature is better communicated in how we perceive it than how it “is” outside of our view.

Cummings insists that you shouldn’t worry about what other people think, as “mostpeople”, that unit of people brought together by consensual consensus, will not understand the artistic pursuit that is poetry. You need to take pleasure in the “mystery of growing: the mystery which happens only and whenever we are faithful to ourselves.” Do not write for others. Write with merely your vision in mind. He states that poets must adopt their own way of living, as mostpeople simply fail to do so:

What do mostpeople mean by ‘living’? They don’t mean living. They mean the latest and closest plural approximation to singular prenatal passivity which science, in its finite but unbounded wisdom, has succeeded in selling their wives.

Not exactly a poetic muse if I’ve ever seen one. In response, he suggests that individuality, or to be nobody but yourself, “means to fight the hardest battle which any human being can fight; and never stop fighting.”

Poets like William Wordsworth have insisted that it is in childhood that we are most perceptive and creative, but Cummings responds to such an adage in his own way. Cummings’ poetry is not about what is known, but about what is worth knowing, what is worth being curious about. Such is the process that amazes that child. Such is the process that best affirms our humanity.

His poem “may i feel said she” beautifully defines love without belittling his subject to a series of images already recycled ad nauseum by Renaissance love poets. In fact, it is the childlike curiosity within the courtship process that is most true:

The poem uses a literary device known as stichomythia–a point/counterpoint dialogue that emphasizes the similarities and differences of each person’s opinion–and it creates an image of innocence fleeting more quickly than they can keep up. While I do not always agree with the expression “less is more”, the “childrening” of the conventional love poem makes the experience all-the-more universal.

5. “To all young people who wish to become poets is:”

“…do something easy, like learning how to blow up the world–unless you’re not only willing, but glad, to feel and work and fight until you die.”