20. Charles Olson (1910-1970)   with what violence benevolence is bought what cost in gesture justice brings what wrongs domestic rights involve what stalks this silence – “The Kingfishers” Who […] 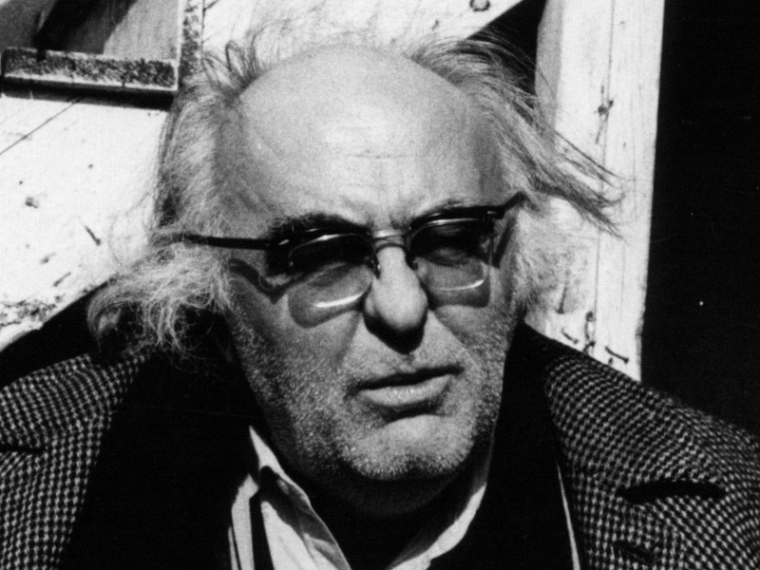 with what violence benevolence is bought

what cost in gesture justice brings

Born in Massachusetts and educated at Yale and Harvard, Olson would end up teaching at Black Mountain College and became one of the leading figures at the short-lived institution. Today, he is known for both his work and the generation of avant-garde poets he influenced.

Olson dramatically rejected many of the norms people associated with poetry during the era. Instead of writing in a tight, structured manner, Olson wanted to fuse form and content together by letting go of preconceived systems of thought and rhetoric (a sonnet, for example, necessitates an argument and a turn, whereas Olson’s poetry is specifically experiential).

The iceberg cuts its facets from within.

it saves itself perpetually and adorns

only itself, perhaps the snows

which so surprise us lying on the sea.

Born in Massachusetts and raised by her grandparents in Nova Scotia, Bishop found an escape from a rough childhood through poetry. She eventually moved to Brazil, and her work features, in surgically close detail, many of the landscapes she has lived within.

Bishop is an imaginative poet who, in her own words, prefers “the always-more-successful surrealism of everyday life.” Her poetry explores the manifold landscapes of the natural world and the nature of reality in relation to the senses. Her work is meant to be read slowly. A keen awareness of sound and space made her verse a friend of perfection.

Now as I was young and easy under the apple boughs

About the lilting house and happy as the grass was green,

The night above the dingle starry,

Time let me hail and climb

Golden in the heydays of his eyes.

And honoured among wagons I was prince of the apple towns.

Welsh poet who gained immense popularity on both sides of the Atlantic. Unfortunately, after being exploited for his fame and succumbing to bouts of alcoholism, Thomas died in 1953 in New York City.

As one of the most crafty but imaginative poets of the century, Thomas had a knack for bringing two dissimilar images together, and for conjuring glorious images out of two disparate elements. Some of his poems are intensely solemn, whereas others, like “Fern Hill”, depict the pleasures of childhood in great detail.

Life, friends, is boring. We must not say so.

After all, the sky flashes, the great sea yearns,

we ourselves flash and yearn,

and moreover my mother told me as a boy

(repeatingly) ‘Ever to confess you’re bored

means you have no

Inner resources.’ I conclude I have no

inner resources, because I am heavy bored.

Born in Oklahoma, Berryman suffered through a difficult childhood that included the suicide of his father at the age of 12. He spent the majority of his career in various teaching positions that included Harvard, Princeton and Wayne State. He took his own life in 1972.

Berryman’s work is cerebral without being quaint. By combining shrewd language with sudden bouts of introspective self-consciousness, there is a sense of understated agony that adds layered tension to his verse.

in the city’s throat.

Its Colonel is as lean

He has an angry wrenlike vigilance,

he seems to wince at pleasure,

– “For The Union Dead

Descending from a long line of famous New Englanders, Lowell grew up in Boston and was actually imprisoned for attempting to dodge the draft during the Second World War. While he would also be remembered for his teaching skills and his anti-war sentiments, Lowell suffered from manic depression throughout his life, which he would address in detail in his poetry book, Life Studies.

Lowell invoked the storied history of his native New England in his poetry, combining a formal style with confessional aspects to revive many parts of the region’s past, including the life of Puritan leader Jonathan Edwards, as well as the history of Boston in “For the Union Dead”.

The Pennycandystore beyond the El

is where I first

Jellybeans glowed in the semi-gloom

of that september afternoon

A cat upon the counter moved among

– “The Pennycandystore beyond the El”

Born in New York City but eventually moving to San Francisco, Ferlinghetti eventually established the City Lights Bookstore, which exclusively published paper-bound books, as well as famous works like Allen Ginsberg’s Howl. A self-avowed anti-establishmentarian, he revived the popularity of poetry during the turbulent beat movement of the 50’s and 60’s.

Unlike some of the more erudite poets on this list (T.S. Eliot, for example), Ferlinghetti is more concerned with bringing an eclectic flavor to his verse. One of his missions was to bring back the oral aspects of poetry in America, and his verse is undoubtedly better spoken than read.

Black milk of daybreak we drink you at night

we drink you at noon death comes as a master from

a master from Germany death comes with eyes that are

Born in Romania, Celan studied the Romance languages in Bucharest, but during his youth, fell under the tyranny of both the Soviet Union and Nazi Germany. Witnessing the atrocities of the Holocaust deeply affected him, but fearing more persecution, he fled to Paris. Unfortunately, he commit suicide by jumping in the Seine in 1970.

Just like Nelly Sachs (who Celan knew very well), Celan’s chose to write in German to best express the Holocaust. His poetry is not just a series of declarations or a historical summary. Rather, much of it involves the searching for meaning within the meaningless, and finding how to achieve clarity when the past is too difficult to face. the “Fugue of Death” also mimics the “Fugue State” Germany was subsumed in during the Holocaust.

Try to remember this: what you project

Is what you will perceive; what you perceive

With any passion, be it love or terror,

May take on whims and powers of its own.

Born in New York City and having taught at Wesleyan college, Wilbur is one of the most decorated American poets of the century, so much so that he has represented the U.S. State Department abroad in Russia. Named poet laureate in 1987, he continues to win awards for his poetry and translations.

Wilbur’s poetry is heavily structured, but it nevertheless maintains a conversational tone with an ease and familiarity akin to everyday life. His work is good reading for those intimidated by the density of cryptic verse, for those who seek out small nuggets of wisdom out of seemingly mundane events. 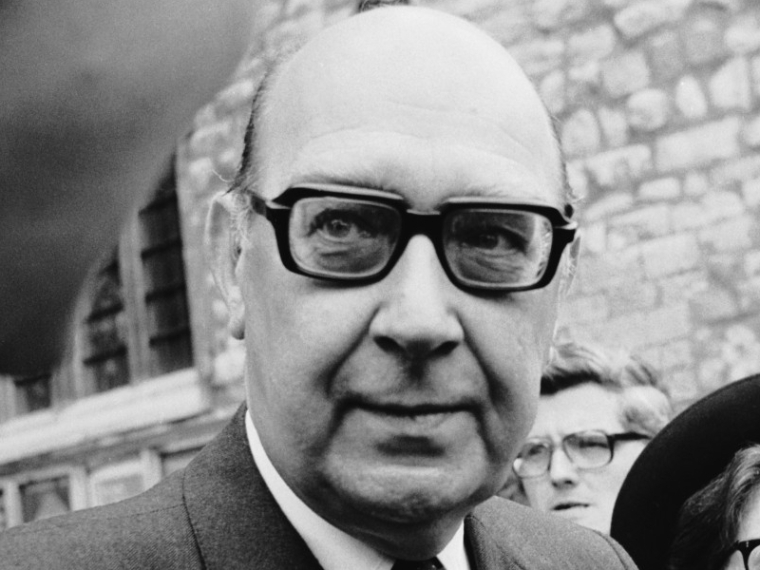 (which was rather late for me) –

Between the end of the “Chatterley” ban

And the Beatles’ first LP.

Born in Coventry, England, Larkin would spend the majority of his life as a Librarian at the University of Hull. Nevertheless, he became perhaps the most popular English poet after the Second World War, his depictions of urban and suburban life communicating the collective disillusionment many felt during the era.

There is a certain simplicity and skepticism to Larkin’s poetry that few can execute as casually as he does. His poems often respond to older verse or popular songs, and he approaches much of his material as a disgruntled outsider attempting to rediscover the experience of going to church, or to the country, or back home.

I saw the best minds of my generation destroyed by madness, starving

Perhaps the best known of all Beat poets, Ginsberg grew in Paterson, New Jersey, but like many other writers during the era, moved within counter-cultural circles in San Francisco. During his youth, Ginsberg travelled all around the world, his experiences eventually becoming the basis for his most famous poem, “Howl”.

As one of the predominant voices of the Beat generation, Ginsberg echoed the need for spiritual rejuvenation many felt after the Second World War. Poems like “Howl” are concerned with the collective feeling of spiritual drought many felt at the time; bardic and Whitmanesque, the forceful and persistent verse is meant to liberate our consciousness from the limitations of personal experience.